Snow Plow Deflectors for all major Brands and Universal Deflectors that will mount to any Snowplow.

For those who operate snow plows both personally and professionally, snow deflectors are often a welcome addition to a plow setup. The right deflector can prevent snow from accumulating on your windshield, making plowing significantly safer. A deflector is installed at the top of the blade, effectively preventing snow from reaching up to your windshield.

Which One Is More Durable?

If you are trying to decide whether to buy a Boss snow plow rubber deflector or a metal one, it may be important to realize that, while snow plow deflector rubber is made to be more durable than regular rubber, it still will likely degrade more quickly than steel when exposed to the elements. Still, with proper care, a quality rubber deflector can last for years.

However, the fact that a steel snow plow deflector is more durable does not necessarily mean that it is automatically the best choice. As we will see below, both the rubber snow plow deflector and the steel one have situations in which they are the more effective deflector to use.

How Is a Rubber Snow Plow Deflector Better or Worse?

However, as noted above, snow plow deflector rubber may degrade faster than steel. But rubber has some advantages over steel deflectors, too--it is less likely to dent or bend. And some experienced plow operators have observed that rubber deflectors make for easier piling of snow, which can help you do a better job when plowing parking lots and other large areas.

How Is a Steel Snow Plow Deflector Better or Worse?

While rubber deflectors are good for piling, some operators have explained that Boss snow plow deflectors made of steel are the best for plowing roads. This is because the less-flexible steel easily makes the snow "curl," and it then casts it off to the side of the road. Because steel is less susceptible to the elements, a steel deflector may well last longer than the Boss snow plow rubber deflector.

And while certain operators have opinions on which type is better, at the end of the day, your choice of deflector comes down to personal preference. That said, having a plow that is optimally suited to plowing conditions can make your job safer and easier.

If you are in the market for a deflector but are not sure where to call, check in with the experts here at Angelo's! We would be happy to help you choose the right type of deflector fot you and the kind of work you do. 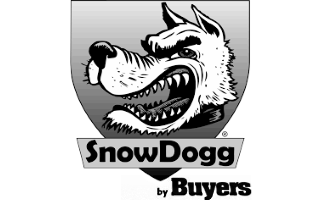